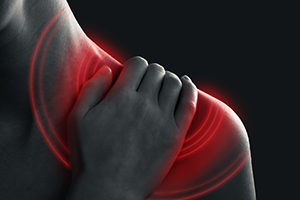 Something is needed to accelerate patients’ recovery

Adhesive capsulitis, or frozen shoulder, is a painful condition in which tissues surrounding the shoulder become inflamed and stiff, making it difficult to perform activities that require shoulder rotation. Though most cases will eventually heal within 18 months or less, there’s a need for better treatments to accelerate the recovery process for patients affected by frozen shoulder. Many treatments are used, but it’s not known which is most effective. One possible solution is a static progressive stretch device, which helps increases flexibility and has been shown to be effective for other parts of the body; however, there is minimal evidence for the shoulder. For this reason, a powerful study called a randomized-controlled trial was conducted to evaluate its effectiveness on frozen shoulder.

Patients divided into two groups for a four-week program

Patients diagnosed with frozen shoulder were asked to participate, and 60 responded and fit the necessary criteria. They were then randomly divided into the traditional physical therapy group or the experimental group. All patients received traditional therapy, which was given during three sessions per week for four weeks, and were also told to perform various exercises at home three times a day. The experimental group was also outfitted with a static progressive stretch device, which stretches tissues in the arm and keeps them at a constant length to increase flexibility. They wore these every day for 30 minutes during the first week, up to 90 minutes the fourth week. All patients were assessed for shoulder range of motion (ROM), pain and function over the course of one year.

-As reported in the September ’14 issue of Physiotherapy