Medications and other approaches to treat chronic pain 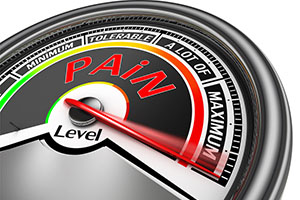 Chronic musculoskeletal pain, which can be defined as continual pain for more than six months, or pain that extends beyond an expected period of healing in the muscles or bones, is a major concern in the healthcare industry. In addition, chronic pain is associated with psychiatric issues like anxiety and depression, and treating individuals with both conditions is even more difficult. Though many management strategies are effective for treating acute pain lasting for a short period of time, most of these protocols don't have the same effect on chronic pain. What follows are the main options available and their overall effectiveness for managing chronic pain.

NSAIDs, acetaminophen and opiates are most commonly used to manage pain

Non-steroidal anti-inflammatory drugs (NSAIDs), including aspirin and ibuprofen, as well as acetaminophen— an analgesic, another pain-reliever—are the most commonly recommended over-the-counter drugs for chronic pain. Opiates such as morphine, considered the standard of care for pain management, may also be prescribed in certain cases. These drugs affect the body in different ways but all share the same overall goal of reducing pain. Unfortunately, while they have been found to be generally effective for acute pain, research does not support their use for chronic pain. Alternative pharmacologic options include anticonvulsants, antidepressants, muscle relaxants and topical agents, each of which has varying levels of effectiveness.

Chronic pain can also be managed with other treatments aside from medications. Transcutaneous electrical nerve stimulation (TENS) sends an electric current through the skin to reduce pain, and though it can't be recommended as a first-line treatment, there is evidence to support its benefits. Other options include spinal manipulative therapy, laser therapy, thermotherapy (warming therapy), cryotherapy (cooling therapy), acupuncture, and injections. Again, evidence is mixed on these treatments and it's difficult to definitively recommend any of them. Finally, another treatment not mentioned in this review is physical therapy, which can play an important part in managing chronic pain and should not be overlooked.

Based on this report, chronic pain appears to still be a major issue with very few treatments that have been proven to be effective overall, and more must be done to address this glaring problem.