Achilles Rupture Repair: Should You Rely On Surgery or Rehabilitation 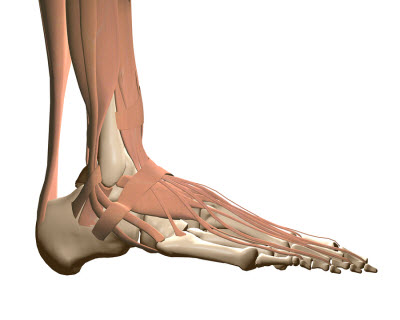 The Achilles tendon is one of the most crucial and functional parts of the foot and as luck would have it, it also is the most commonly ruptured tendon in the body. While Achilles tendon ruptures can occur for a variety of reasons, including sports injuries, steroid use, and other risk factors, common treatment for Achilles ruptures typically revolved around surgical procedures.

However, more researchers and medical experts are challenging this common treatment, insisting that conventional rehabilitation measures can be just as effective in treating Achilles tendon ruptures as surgery. These challengers point out that Achilles tendon surgery has a higher risk of overall complications, and the risk of Achilles tendon re-rupture is equivalent to those of more conservative treatments, including functional bracing with early range of motion.

So when it comes to the best Achilles rupture repair, which method should you rely on: surgery or rehabilitation?

The short answer is that it depends on when you engage in rehabilitation. Researchers at Dalhousie University Queen Elizabeth II Health Sciences Center in Halifax conducted ten studies to determine which group of patients had better recovery results: those who underwent Achilles tendon surgery, or those who underwent conservative functional therapies. Researchers compared the surgical treatment and conservative treatment with the re-rupture rates, the overall rate of complications, return to work, calf circumference, and other functional outcomes.

After conducting all ten studies, researchers concluded that conservative treatment was only effective when the patient was enrolled in functional rehabilitation at an early range of motion. The studies demonstrated that if a patient underwent early range of motion, they experienced the same re-rupture rates as those patients who underwent surgery (the risk difference was only 1.7% between the two groups).

However, if a patient did not undergo a nonsurgical treatment at an early range of motion, the re-rupture rate significantly increased. Therefore, Achilles tendon surgery is often the only viable option. The studies concluded that surgical patients returned to work 19 days sooner than non-surgical patients. There were very little differences in functional outcomes, strength, and calf circumference between both groups.

The studies have demonstrated one crucial point: early treatment of a ruptured Achilles tendon is crucial for avoiding re-rupture. Make sure that you contact your doctor as soon as you experience an injury to avoid increasing your risks for re-rupture and other complications.